Summer weather 2022: What can Canadians expect this year?

Anthony Farnell GlobalNews.ca
June 21, 2022  6:00 am
WATCH: Global News's chief meteorologist Anthony Farnell takes a detailed look at what kind of weather to expect this summer in each province and territory across the country.

For many Canadians, the weather over the last couple of months has been challenging, at best. First there were the late-season blizzards, then flooding rains in Manitoba and Saskatchewan.

Then, there was the damaging thunderstorm complex known as a derecho that caused hundreds of millions in damage across southern Ontario and Quebec.

In B.C., it seemed they couldn’t catch a break from the cool and wet pattern of spring, and more recently it’s been Alberta’s turn with the flooding rains.

It has been an incredibly active spring across the country. Now it’s time to look ahead to what I think will be a summer with fewer extremes but plenty of warm temperatures.

A very hot couple of months are predicted south of the border in the central United States and this heat ridge or dome will also play a role in the summer pattern across Canada. 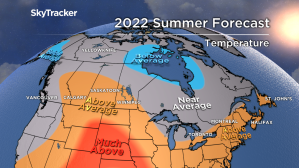 At times, the ridge will flex north into the Prairies or east into the Great Lakes and bring mostly short doses of heat and humidity before retreating back south of the border.

The ridge will also act as a traffic cop directing thunderstorms around the periphery.

Here’s a detailed look at what to expect across the country:

A warmer-than-normal summer is expected across most of the Maritimes and Newfoundland with the warmest temperatures on the backend in late July and August.

Higher humidity levels and more muggy days and nights are likely this year thanks in part to the warmer than average water temperatures off the coast. These warm waters will combine with La Niña (third year in a row) to create ideal conditions for hurricanes to develop. 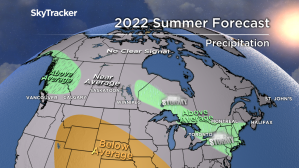 Experts are predicting lower-than-usual wind shear which could lead to 20 or more named storms again this year.

Only time will tell if Atlantic Canada feels the effects of these storms but the odds of a hurricane hit are higher this season than most.

The biggest threat from tropical systems typically comes in September and October.

Cleanup continues after a string of damaging storms in the past month. Signs point to this active thunderstorm pattern continuing through the summer.

The centre of the extreme heat will mostly stay well back to the west which puts Ontario and Quebec in a northwest flow.

These are also called mesoscale convective systems or MCSs and persist for hours at a time and can even maintain intensity through the night.

Temperatures are expected to remain near seasonal through early July but a warmer back half of summer is expected across the south.

The growing season got off to a very late start in Manitoba and Saskatchewan thanks to record rain and very cool temperatures.

Alberta was the latest province to deal with very heavy rain which caused some flooding earlier this month but also alleviated the immediate drought concerns.

The centre of the heat ridge will remain south of the U.S.-Canada border this summer but I am concerned that it becomes quite hot and dry, in southern Saskatchewan and Alberta especially, in late July and August. 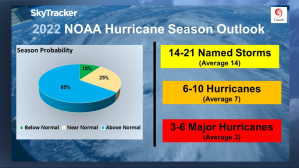 Even with occasional extreme heat, I don’t expect it to last more than a couple of days at a time.

Thunderstorms will also likely be frequent as heat and humidity from the south interact with repeated cold fronts and fresher air to the north.

Forest and brush fire danger will increase later in the summer but remain below average.

It’s incredible to think that a year ago B.C. was just entering a historic period of heat and fire danger with temperatures reaching levels never before seen in Canada.

It’s also incredible to think how different this June has been with chilly temperatures and plenty of rain.

Canada’s wildfire season is off to a subdued start. Here’s what to expect this year

B.C. is expected to eventually dry out and heat up as summer progresses. August is looking like a particularly warm month across the province.

Fire danger will likely increase as it does almost every year but this doesn’t look like a particularly active season. 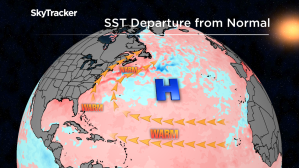 An unsettled and cooler than normal summer is likely around Hudson Bay thanks to a persistent area of low pressure.

Temperatures across most of the far north will be near seasonal but the signals are not strong one way or another, which makes for a difficult forecast