Michelle Butterfield GlobalNews.ca
December 7, 2022  1:46 pm
The official trailer for the Netflix docuseries on Prince Harry and Meghan Markle was released on Monday, with the couple reflecting on the treatment they've received since their marriage.

Prince Harry and Meghan Markle‘s Netflix documentary hasn’t even hit the small screen yet, but its two brief trailers are already causing controversy.

It has nothing to do with what the royal couple is planning to reveal during the much-anticipated docuseries, however. Instead, Netflix, as well as the Duke and Duchess of Sussex, are being accused of using “misleading” stock footage and photos in the two teasers.

The trailers each paint a picture of the relentless intrusion the prince and his wife faced at the hands of the press after their 2018 wedding — a factor they say led to their decision to step back as working members of the Royal Family and move to California to pursue a more private life on their own terms.

According to the BBC, at least three of the images used in the trailers are believed to have been taken from events that had nothing to do with Harry and Meghan. As well, there have been accusations of deceptive cropping of at least one photo and using a video to create an illusion of press intrusion when, if fact, the photographer who captured the footage was invited and known to the couple.

Neither the couple nor Netflix has publicly addressed or commented on these recent accusations.

U.K. newspaper The Sun first reported that an image used in the first trailer, showing a large group of photographers with long camera lenses presumably shooting a royal event, was actually from the movie premiere of Harry Potter and the Deathly Hallows: Part Two in 2011, long before Harry and Meghan met.

Harry delivers a line in the trailer, right before the image flashes on screen: “I had to do everything I could to protect my family,” he says, giving the impression that it was a group of photographers taking photos in a royal context.

A photographer from The Sun, Doug Seeburg, is seen in the photo and told the publication that no royals were at the event that day.

“In the Netflix trailer, it’s implied the photographers, including me, were trying to get a shot of the royal couple — but that’s nonsense,” Seeburg said.

The second trailer also features a dubious image, a royal editor at the Evening Standard said on Twitter.

Robert Jobson tweeted an image featured in the trailer, which shows a photographer taking a picture of the Duke and Duchess from above.

This photograph used by @Netflix and Harry and Meghan to suggest intrusion by the press is a complete travesty. It was taken from a accredited pool at Archbishop Tutu’s residence in Cape Town. Only 3 people were in the accredited position. H & M agreed the position. I was there. pic.twitter.com/nvjznlloLF

Jobson said the image was taken by a member of the accredited press pool during Harry and Meghan’s visit to Cape Town in 2019.

“This photograph used by @Netflix and Harry and Meghan to suggest intrusion by the press is a complete travesty,” he wrote. “H & M agreed the position. I was there.”

Buzzfeed also points out that a short clip of footage meant to highlight the couple’s contentious relationship with the media is actually stock video of Donald Trump’s former lawyer, Michael Cohen, getting into a vehicle to be transported to prison on May 6, 2019.

As well, the outlet reports that another clip of footage from the second trailer, meant to illustrate paparazzi harassing the couple, was actually taken when former model Katie Price attended a U.K. court to be sentenced for drunk driving in 2021. Over the footage, Harry can be heard in voiceover saying, “I was terrified. I didn’t want history to repeat itself.”

Twitter user @Urban_Pictures also pointed out that the Price footage had been flipped horizontally.

Following accusations of fake footage in the first trailer, the NEW trailer for the @netflix Harry & Meghan documentary appears to use footage of @KatiePrice leaving Crawley Magistrates Court to suggest a mob of paparazzi hounding H&M. #HarryandMeghanonNetflix pic.twitter.com/NFKCedWnK5

Finally, a photo that appears to show Harry and Markle relegated to the fringes of the Royal Family has been cropped to support Harry’s accusation of a “hierarchy of the family,” the Telegraph reports.

The cropped photo, taken during the Trooping the Colour in 2019 where much of the extended Royal Family appeared on the balcony of Buckingham Palace to watch the RAF flypast, shows Prince William and Kate Middleton in the centre of the photograph.

However, the newspaper noticed, the arrangement of the family that day is not as it appears in the Netflix trailer. Rather, Queen Elizabeth II at was the centre of the original photograph and Harry and Meghan were actually standing closer to her than William and Kate.

In the aftermath of all of these accusations, it’s certain that royal watchers will be closely dissecting and scrutinizing all of the footage included in the Harry & Meghan documentary when it begins streaming on Netflix Dec. 8.

“It turns your stomach. Why do that? Are they trying to pretend crowds and crowds of people are coming to watch them? What are they saying?” she told the publication, adding it’s very likely Harry and Meghan were given a chance to review the trailers before they were released.

“They complain about the press manipulating things and not saying the truth and here they are doing exactly that. It’s very foolish,” Levin added. “They are risking their whole reputation. They must assume that we are all fools and we would not dare check on the pictures they have got because they have put them there.”

Royal expert Ingrid Seward defended the couple, saying they may not have realized the images were from events that did not include them. She did concede that using misleading imagery “weakens Harry’s comment about protecting his family.” 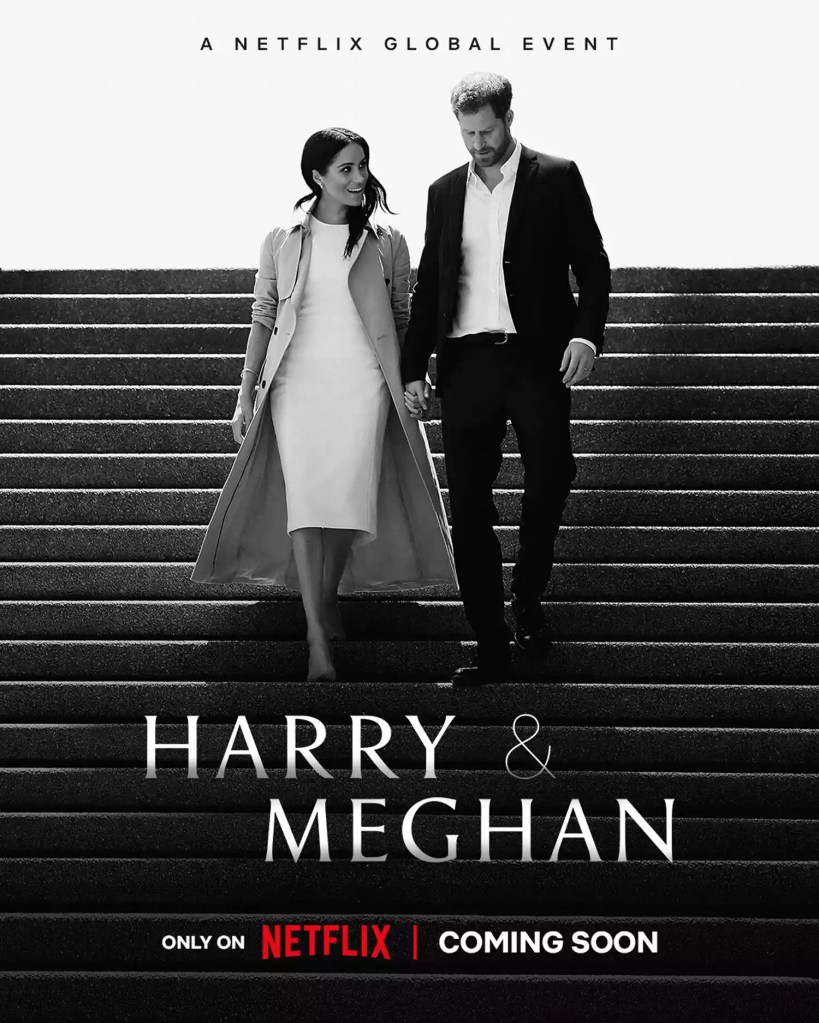 Netflix promises “the series explores the clandestine days of their early courtship and the challenges that led to them feeling forced to step back from their full-time roles in the institution.”

“With commentary from friends and family, most of whom have never spoken publicly before about what they witnessed, and historians who discuss the state of the British Commonwealth today and the Royal Family’s relationship with the press, the series does more than illuminate one couple’s love story, it paints a picture of our world and how we treat each other.”